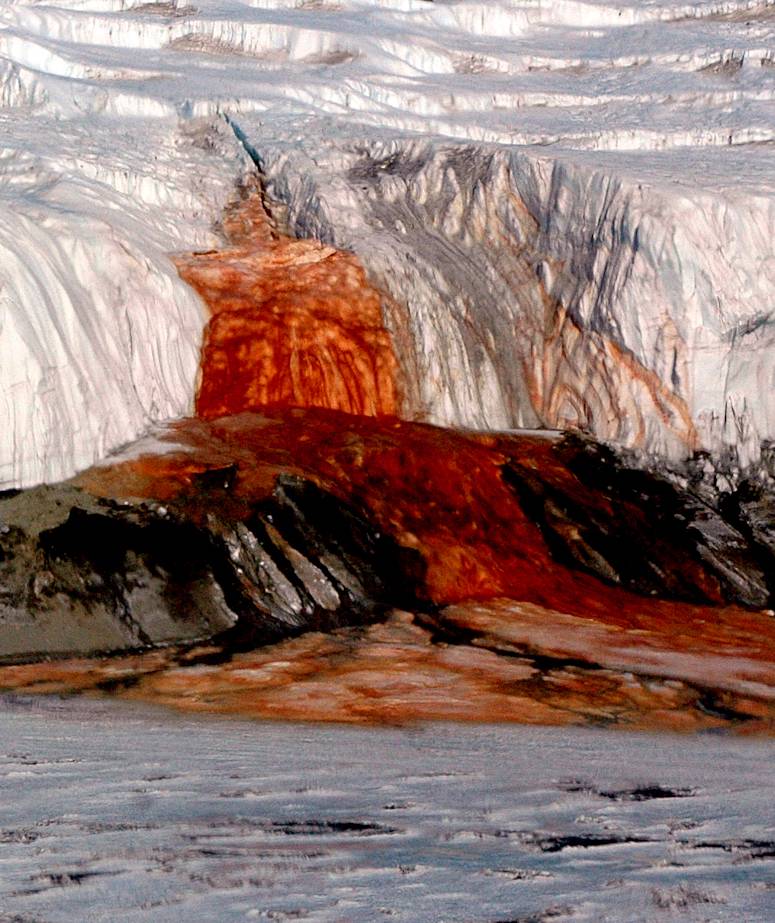 As the name suggests, Blood Falls is a waterfall which shoots blood-red water into a river. It was first seen in the year 1911 in Eastern part of Antarctica – in the McMurdo Dry Valley. The sight is a perfect backdrop for a horror film: creepy, mysterious and of course bloody. Previously, it was believed that red algae were causing the water to change its colour and turn blood-red. Though this hypothesis was never proved. With the mystery of the red color solved some questions remain. Where does the water come from? Where does the iron come from? And why is the water not frozen, even though the average temperature in the area is -17° Celsius (1.4° Fahrenheit)? [2]