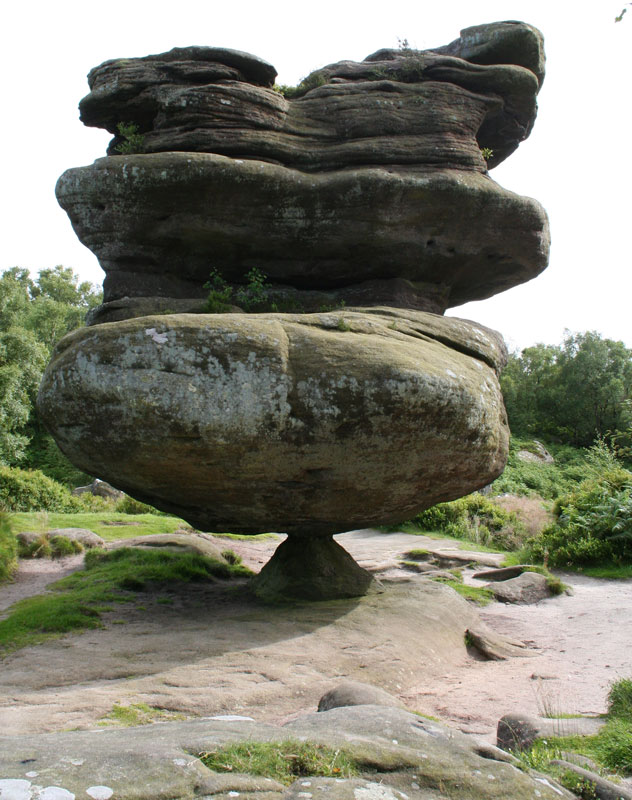 Brimham Rocks are a collection of rocks scattered across 50 acres of moorland near Pateley Bridge in North Yorkshire. Maintained by the National Trust, the rocks are open to public viewing 365 days a year from dawn until dusk.

These unusual rock formations came about through glaciation and erosion from wind and rain of the millstone grit sandstone that is found in the area. Geologists have dated the rocks at around 320 million years old. A large river originating in Norway, and passing through the mountains of northern Scotland, washed grit and sand into a delta that extended across much of the county of Yorkshire. The grit and sand combined with feldspar and quartz formed the sandstone called millstone grit.

Over time nature has carved the rocks into weird and wonderful shapes, earning them nicknames such as the Sphinx, the Eagle, Idol rock, the Turtle, the Camel and the Dancing Bear. The rock shapes we see today were most likely formed by erosion during the last glacial period, which occurred from around 110,000 to 10,000 years ago. Without plant cover the sand-blasting effect wore down the softer layers of rock, creating unusual shapes such as Idol Rock, on which a giant curved rock balances improbably atop a tiny plinth.
Next
Advertisements
Tweet
23 November 2022
Advertisements 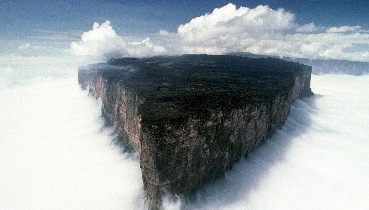 The 10 Most Unbelievable Places That Really Exist 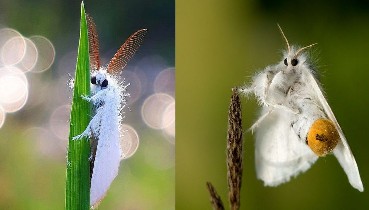