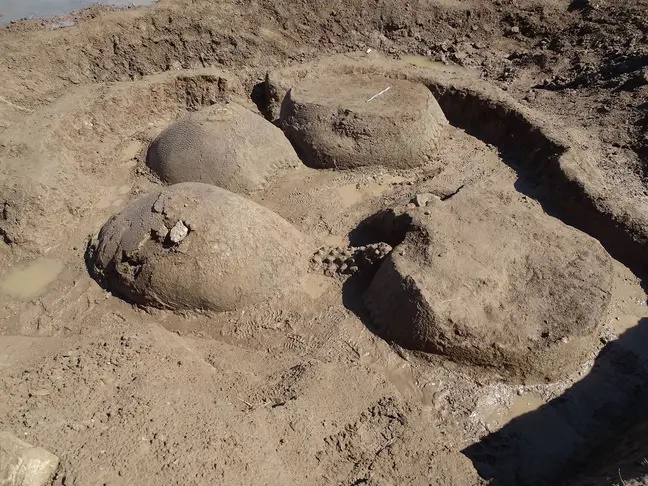 A farmer in Argentina has uncovered the preserved shells of four giant 'ancient armadillo' creatures called Glyptodonts that roamed the earth around 20,000 years ago.
The largest of the shells is about the size of a Volkswagen Beetle.
The shells were discovered in a dried-out riverbed near the Argentine capital of Buenos Aires and then investigated by the Institute of Archaeological and Palaeontological Investigations of the Pampa Quaternary. Catchy title, eh?
Scientists from the institute will now spend the next week digging out the shells to get a better look at them and find out as much as possible.