This African Plant Is the Brightest Object in the World 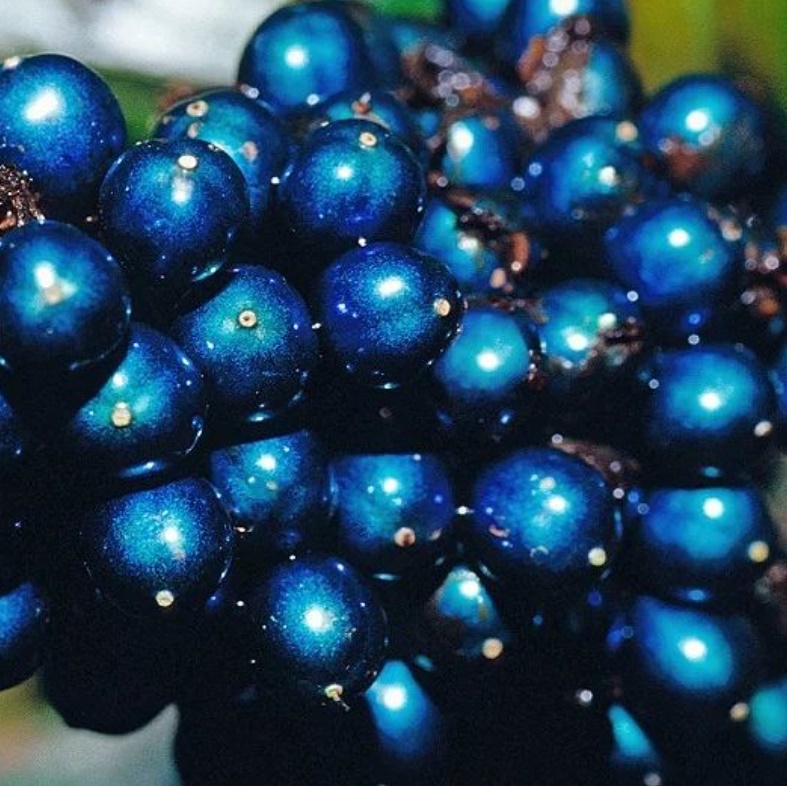 With shiny, iridescent berries that look like little Christmas ornaments, Pollia condensata takes home the title of the brightest living matter in the world. Also known as the marble berry, this fascinating perennial plant grows in the forests of Central Africa. Growing up to 3 feet tall, the plant sprouts clusters of up to 40 electric blue berries.

While iridescence isn't uncommon in the animal world—thinking of butterfly wings or a beetle shell—it's extremely rare for plants. So what accounts for the marble berry's striking appearance? In 2012, researchers from the UK published a study that revealed the mystery behind the plant's shininess. Using a sample of Pollia condensata from London's Kew Gardens, they were able to determine what accounted for its appearance.

Most plants rely on pigments for their color, but not the marble berry. Pigments break down over time, causing color to fade, but Pollia condensata can retain its color for decades because its pixelated coloration is structural. When researchers examined the sample from Kew Gardens—which was collected in Ghana in 1974—they saw that it was as vivid as ever.

Its smooth surface is reflective, just like a mirror. And just below the surface sit multiple layers of special cells made from cellulose fibers. These layers reflect a narrow wavelength of light, and each layer is slightly rotated, like a spiral. When light hits the top layer, some is reflected, and the rest passes through. This light then filters down through the remaining layers, like a sieve. The light reflected through each layer is exceptionally bright and produces strong colors in an effect known as Bragg reflection.

Interestingly, these shiny baubles aren't edible. The berries effectively act as a husk and are filled with seeds. This is also part of the reason that they are so durable, retaining their shape for years. Researchers believe that the plant relies on its berries looking similar to those of another blue plant that grows in the area. Birds mistakenly munch on marble berries, helping spread their seeds.

Pollia condensata is a plant found in the forests of Central Africa.