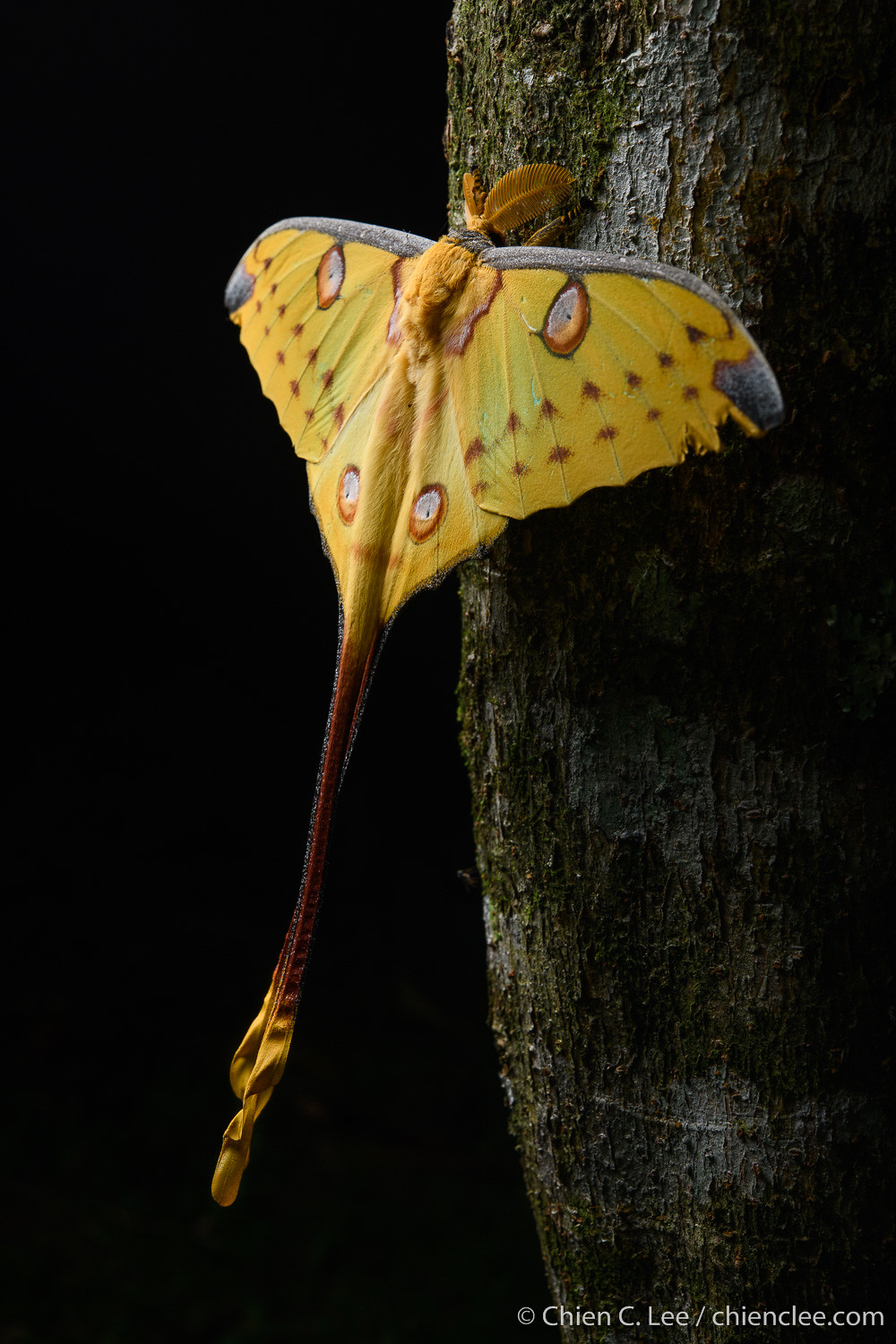 The Comet moth (Argema mittrei) or Madagascan moon moth, native to the rain forests of Madagascar. The male has a wingspan of 20 centimeters and a tail span of 15 centimeters, making it one of the world's largest silk moths. Also known as the Madagascar comet moth, is a giant silk moth native to the rainforests of Madagascar. They are, like so many other species, threatened due to the deforestation and habitat loss of there native land.