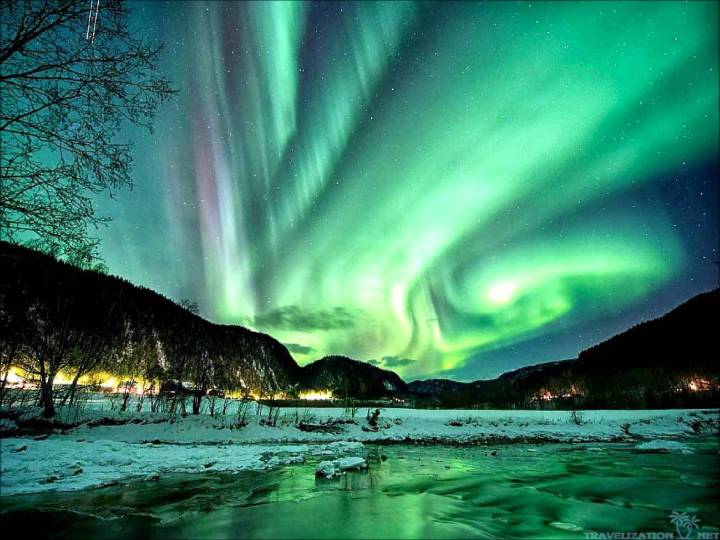 Events that seem like out of this world…so rare and so beautiful that you won’t believe they truly exist. Two words – MINDBLOWINGLY AWESOMATIC!

1. Aurora borealis (Northern Lights)
Location: Above the magnetic poles of the northern and southern hemispheres of the Earth. (Polar regions)

The bright dancing lights of the aurora are actually collisions between electrically charged particles from the sun that enter the earth’s atmosphere. These collisions vary in color due to the type of gas particles that are colliding. The most common auroral color, a pale yellowish-green, is produced by oxygen molecules located about 60 miles above the earth. Rare, all-red auroras are produced by high-altitude oxygen, at heights of up to 200 miles. Nitrogen produces blue or purplish-red aurora. Scientists have learned that in most instances northern and southern auroras are mirror-like images that occur at the same time, with similar shapes and colors. Because the phenomena occurs near the magnetic poles, northern lights have been seen as far south as New Orleans in the western hemisphere, while similar locations in the east never experience the mysterious lights. However the best places to watch the lights (in North America) are in the northwestern parts of Canada, particularly the Yukon, Nunavut, Northwest Territories and Alaska. Auroral displays can also be seen over the southern tip of Greenland and Iceland, the northern coast of Norway and over the coastal waters north of Siberia. Southern auroras are not often seen as they are concentrated in a ring around Antarctica and the southern Indian Ocean.
Next
Advertisements
Tweet
25 November 2022
Advertisements