THE PHENOMENON OF GHOST APPLES. 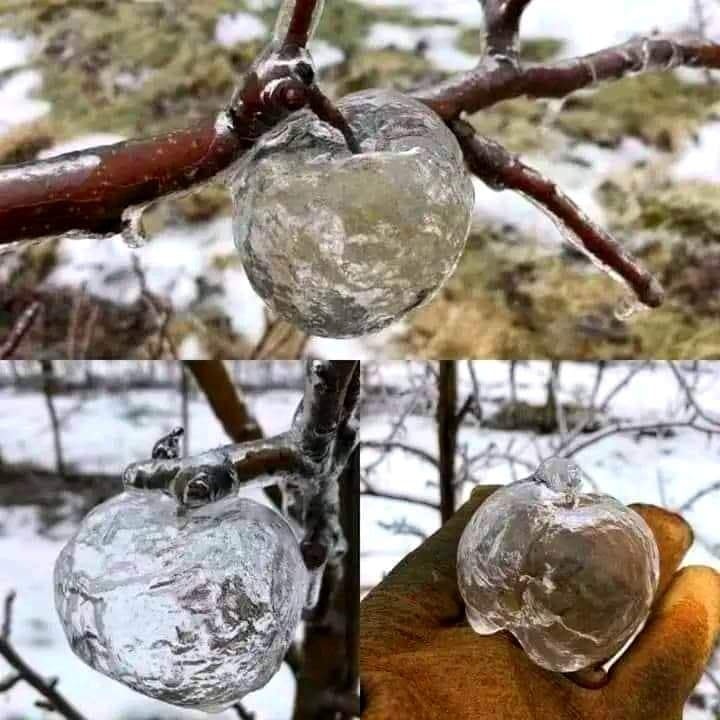 This phenomenon of nature occurs when freezing rain is deposited on the fruit and is "burning" it. Because of this, apples begin to decompose, leaving behind their appetizing appearance and appearing in the image.It looks like a glass apple, and in a way it is. But it is not glass, but ice. It is shaped like an apple, but there is no trace of it. Only a thin layer of transparent ice remains. That's why it's called a ghost apple. Have you heard the saying “Nature is the greatest artist of all times”? Every now and then we come across such images that aptly exemplify that saying. Just like these old pictures which are again creating a stir after recently being shared on Twitter. IPS officer Dipanshu Kabra took to the micro-blogging site to share two images which have now left people in awe. They’re of ‘ghost apples.’ No, they’re not actually apples but ice in shape of the fruit that formed naturally.